Welcome to the NSO: Watch this Space blog where you can get information and updates on the NSO entry to the RHS Flower Show at Tatton Garden 2013.

Have a look at some photographs of the garden on Flickr

For those of you who have seen pictures of the garden and are wondering what all those amazing plants are, here is a copy of the flyer we distributed at the event. just click on the image below to see the full size version.

During the 4 days of the RHS Flower Show Tatton we had a comments book at the exit of the garden. Many people wrote such kind words, here is just a selection;

...and for those of us who don't speak Portuguese, here are the translations (thanks to Ricardo for these);

We would like to say thank you to the following people;

and the following companies;

We couldn't have done it without you all!

Howard and Andy were featured live on BBC Radio Lancashire with John Gillmore.

An interview with the Chester Chronicle.

Mike Bode and Howard Miller appeared on Granada Reports last night (along with Andy Newsam if you can spot him in the background).

We are delighted to say that the Garden has been awarded a Gold Medal by the RHS as well as Most Creative Galaxy Garden!

The structure of the garden is largely complete, so the first plantings are now going in

Digging on site has begun, and you can clearly see the Spiral Arms start to develop! 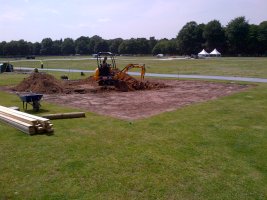 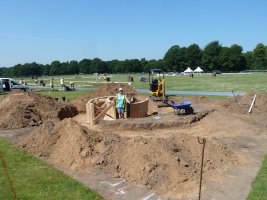 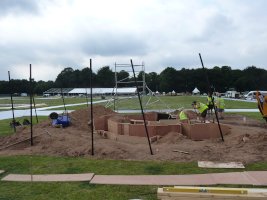 We thought you may like to take a look at how well the flowers are growing... 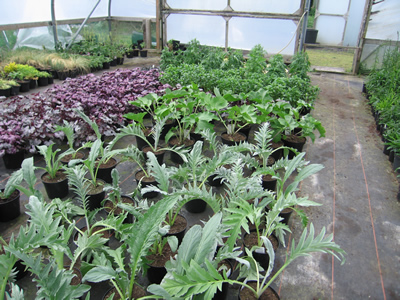 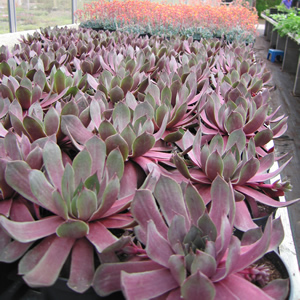 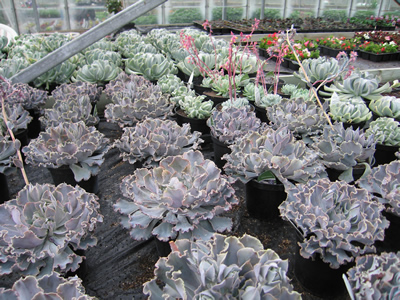 Dori plus the RHS Tatton show manager and the model at the proposed site of the garden near the Egerton Clump. Tom Miller is in the distance exploring potential placement of the telescope. Also a close-up of he model of the garden on-site, ultimately to be replaced by the real thing! 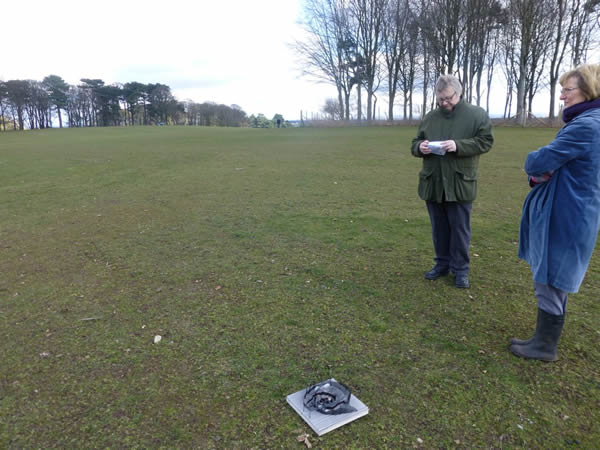 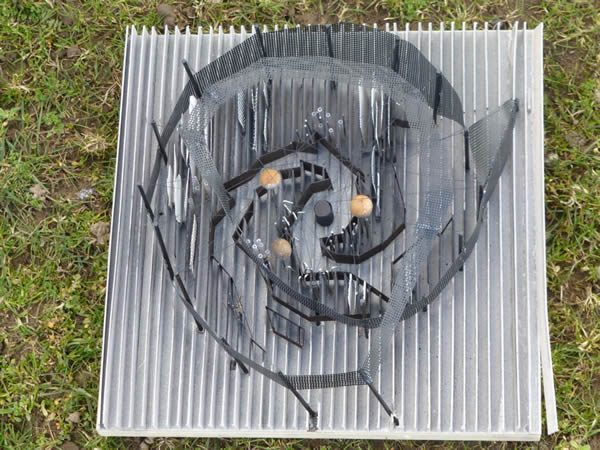 We are very pleased to welcome aboard the project these valuable sponsors:

Added to this, Greentech will sell us horticultural windbreak to make our Mobius strip at half price.
Many thanks to these suppliers whose generosity in difficult economic times will help us realise the ambitious project that is NSO : Watch This Space.

"I've spent much of the last week potting on and moving plants, rounding them up into one polytunnel. All the plants that Philippa (from Dovecote Nurseries) already had, have been selected, and there are others to come, either from seed or plugs. They're looking good, and should continue to thrive, so long as we can keep them safe from rabbits, aphids, slugs etc. As for me, I'm losing weight in the polytunnel, as it's like a sauna as soon as the sun comes out."

The NSO is proud to announce that this year we will be exhibiting a garden at RHS Tatton Show. Each Year the RHS has several competitive categories, and this year’s theme is Galaxy. Our garden is called ‘Watch this Space’ and it is one of 5 Galaxy gardens, in the ‘Inspire’ section of the showground.

You can visit NSO: Watch this Space from Thursday 25th to Sunday 28th July 2013

Our designers are Dori Miller and her son Howard Miller, and we asked Dori how this all came about…

“Last summer, my son Howard and I designed our 2nd Gold award-winning Show Garden for RHS Tatton. Our double success was the result of a great team which includes our contractor, David Binks (Landstruction), and the sculptor Judy Greaves.

We had no good ideas for the theme (having rejected chocolate bars), but I mentioned it to a friend and supporter of our previous Tatton gardens, Professor Mike Bode of the LJMU Astrophysics Research Institute. Unsurprisingly, he had an excellent idea, and he was eager to pursue it.

The idea was to make the garden an artistic interpretation of a rare and important forthcoming event in our own Galaxy. A huge gas and dust cloud is approaching the super-massive black hole at the centre of the Galaxy, and when it reaches the centre during summer 2013, it will be torn asunder.

The result was an application for ‘NSO: Watch this Space’, which was one of five designs selected by the RHS panel from 37 entries.

Howard, David, Judy and I are pleased to be working with Mike and NSO; we appreciate their support and look forward to producing another exhibit that extends the possibilities of a show garden, and allows NSO to reach a new and wider audience.”

Over the coming months we will be keeping track of how the garden is progressing, Dori has promised to send us updates from Dovecote Nurseries where most of our planting will come from and David from Landstruction will be sending daily updates during the build week.

Astronomy staff and students will be available at the show, July 25 to 28th, with talks and general astronomy information for the garden enthusiasts and Dori and her team will be on hand to explain the gardening elements to the scientists so we hope many different visitors come and see our garden.